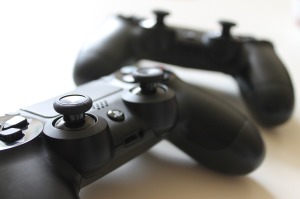 I get asked that question a lot. It’s probably the same answer a lot of people give. My parent’s brought me my first computer, and I’ve never looked back.

They brought me a Commodore 64 for Christmas, when I was 6 years old. I spent hours inputting code to create programmes, effects and mini games. Not to mention, the 8-bit games on cassette and waiting for the games to load. I could put a game on to load, go downstairs to eat my dinner and it would be ready to play when I’d finished. That’s if it loaded properly.

Some of my favourite games include:-

Dizzy Prince of the Yolk Folk

Dizzy Down the Rapids (I really loved that egg)

Sly Spy Secret Agent (That shark was the death of me)

There were loads more, but you get the idea.

After that, I had a NES (Nintendo Entertainment System). Super Mario Bros. and Duck Hunt. That’s all I’m going to say.

So, yeah. I’ve been gaming for 30 years. And I still love it. The games that are being released now are fabulous. Take Detroit: Become Human for example. The game is amazing, but I won’t say too much. I’m going to do a review of it for my next blog. So watch out for that.

I’d love to read how other people got into gaming. Whether you’re an old school gamer, like me, or a noughties gamer. Let me know.