I decided to play a quaint little game called House Flipper and, I have to say, it is the most OCD satisfying game I’ve ever played. House Flipper is a single-player simulation game developed by Empyrean and published by PlayWay S.A. The whole plot to the game is pretty simple. Clean up different homes to make a profit.

The player starts the game in front of a messy shack, which turns out to be your office. Before you can even open the door, the player has to remove the trash blocking it. When the player finally gets in, they are confronted with the tiniest two rooms full of trash and dirt. On the desk in the corner is the players laptop. This is where the player gets into the nitty gritty of the game. The player gets given jobs to complete at different houses. This starts off with removing rubbish and cleaning. Then goes on to installing sinks, baths, showers, radiators, etc. Painting/tiling the walls, relacing furniture in all the rooms and replacing doors. I will admit, the best part of the game is getting the sledge hammer out and destroying the walls. Once you’ve completed enough of the jobs, the player can then start buying homes and flipping them. This is where the game gets interesting. But I’ll get back to that in a bit. 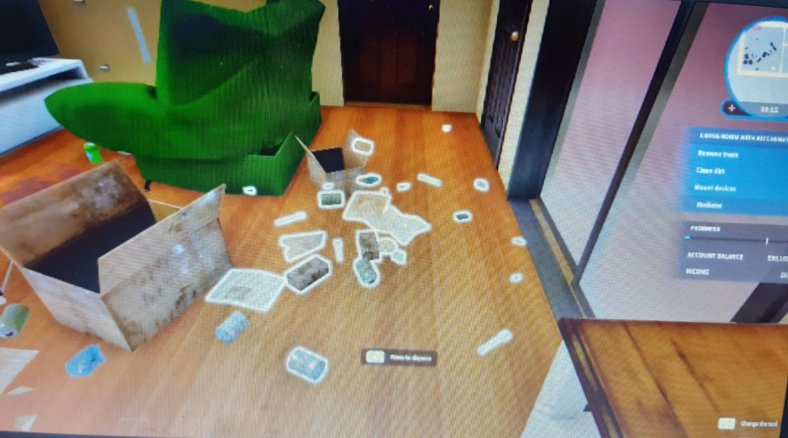 One thing of the good things about House Flipper is the ability to gain XP by completing the jobs. This XP helps to level up certain areas of the game, so the jobs can be completed faster and better. Which is great when you’re doing paint jobs, as this can get quite tedious at first. The same can be said with some parts of the gameplay at first, especially when installing radiators and bathroom sets. It’s so slow, messing about with all the bits that need to be screwed in and put in place. So this XP is a blessing.

I know what you’re thinking, calling XP a blessing is a bit much. But, you’ll understand why as soon as enough money is earned and then go on to the house listings to buy another property. Once the property has been tidied and cleaned, the player can then start renovating and redecorating it. This is where I really appreciated the games upgrades, because it made all the cleaning, painting and tiling so much easier and quicker. When the house is ready, it can then be sold to the highest bidder. It’s this part of the game that the player can really make the most profit. I eventually spent more time just flipping houses than completing all the actual jobs. 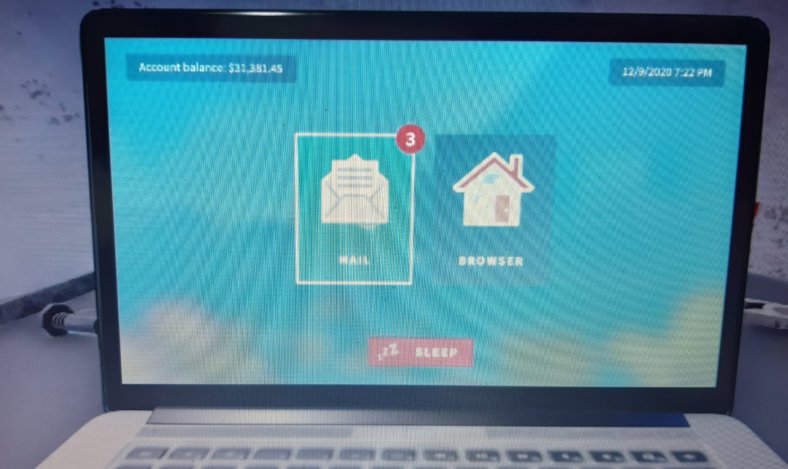 The graphics actually aren’t that bad. Yes, they aren’t the best. But, lets be honest, they don’t need to be amazing for this kind of game. Is that a house, yes it is. Is that a unit, table or sofa, yes it is. The graphics may be basic, but it’s easy to see what you’re doing and how you’re doing it. So, they do actually complement the design of the game and it has been designed well. Especially with all the type of houses that are used. Each one bigger and more alleberate than the rest. The big houses are lot of fun to go inside of, because they look so eccentric. Some of the decor is a bit crazy, but it just adds to this game’s elegance.

I can honestly say that I love playing House Flipper. It’s a very calming game that aids in stress relief. I can’t count the amount of times I’ve put thus game on simply because I’ve had such a bad day that I needed to just detach from everything going on around me. I don’t think I need to say it, but just to make sure everyone is on the same page as myself, I definitely recommend this game. I’d give it 7 out of 10.