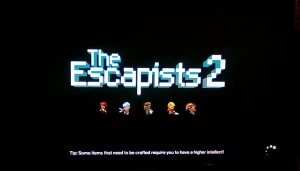 Ok, so this blog will probably be more of a rant. But, that’s fine. The reason for the rant, you ask. Well, I started playing The Escapists 2 again. And I thought, this time, I’m going to play the game properly and escape the prison. Yeah, right.

I’ve been trying hours, days even, to escape this prison. I’m only on Centre Perks. There’s five other prisons to break out of. There no point in trying them if I can’t escape this one. I’ve done exactly what I’m supposed to. I’ve attended all the routine activities to get that little green tick. I go to roll call, breakfast time, lunch time and dinner time. As soon as the green tick comes up, I head off to see what I can steal. I go to exercise time to get buff, so I can beat people up. Free time is the best moment to get up to quite a bit of mischief. Then, of course, there’s job time. The only job I could get was cleaning the graffiti off the walls. Which actually takes the whole allocated time.

Anyway, getting off topic. I’ve been ransacking desks to collect materials I need to craft new items. I’ve also been completing the prisoner quests to get more money or taking the items for myself. There’s no honour among thieves, apparently. I’ve used these items to create putty and molten plastic. All to make a copy of the guards key. Which I did. I successfully copied the yellow key by knocking out the guard carrying it. I borrowed the key and managed to put it back before the medics came. So, not to cause a lock down. I tried it a second time. I wanted the green key. I knocked the guard out, copied the key. But before I could put the key back, along came the medic and took the guard. You know what happened next. You guessed it. Alarms blaring, red lights everywhere and my character gets taken to solitary. All my possessions were taken off me. Including my newly copied key. I know, I got cocky. I wasn’t a happy bunny, to say the least. The only good thing is my yellow key and cutters were safely hidden in my desk. Thankfully I don’t have to start from scratch with them. 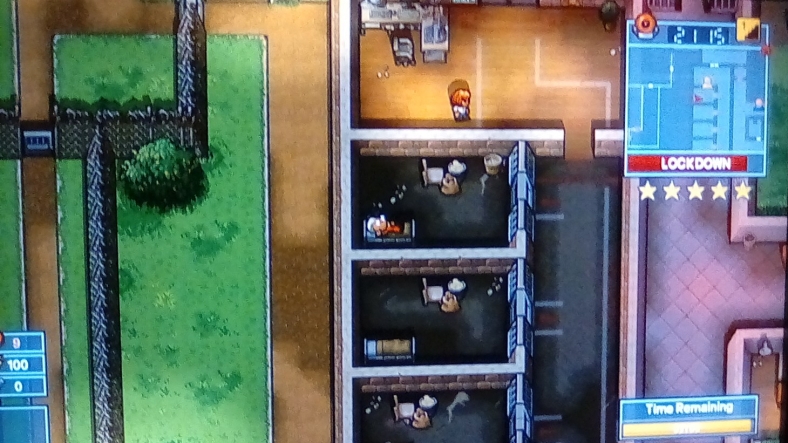 Don’t get me wrong, I enjoy playing the game. It’s a really good strategy, role-playing game and it’s easy to get addicted to it. The idea of it is so simple, except for the escaping part. Well, for me it is. I’ve also played co-op with my gaming buddy. Which is just as much fun. It’s very easy to distract the guards with one player and get into mischief with the other. The online part of the game, not as good. I tried it once. I started the game in my cell and just as I was about to leave. There was a lock down. It stopped and thenthere was another and anther. I couldn’t get out of my cell because of the other online players constantly bringing attention to themselves. I couldn’t change it back to a private game fast enough.

Do you know what I think my problem is. I’m over analysing the game. Surely there’s an easier way to escape. But, I’m too busy trying to my life difficult, to see what it is. I’m not going to give up. I will find a way out of the prison. No matter how long it takes. I think. I hope. Maybe. We’ll see.

2 thoughts on “Will I Ever Escape?”